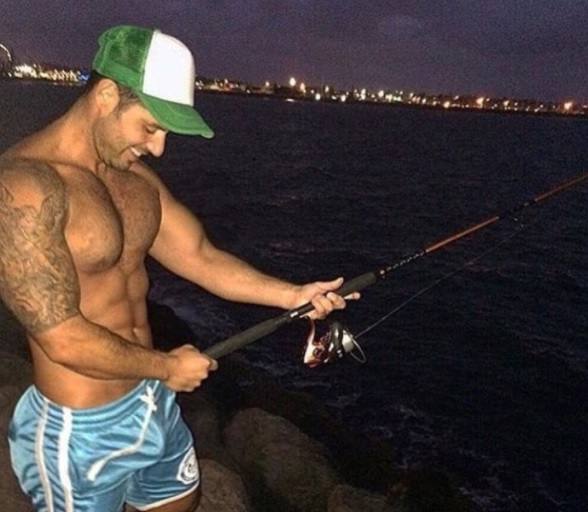 A lot of people think there’s no such thing as a gay outdoorsman. They would be wrong.

By Colin in Galveston

Howdy, everyone. My name is Colin and I’m a 37-year old outdoorsman. I also happen to be openly gay. Yep, that’s right. I fish, hunt and even go on wilderness trips.

This is the first time I’ve ever written anything in my life for publication so please forgive any spelling or grammar errors.

The reason I felt inspired to pen this piece is to push back against a common stereotype regarding gay men. For some stupid reason, a lot of people have it in their heads that gay men can’t be outdoorsman.

I’ve even met gay guys who think this way. Recently, I told a friend of mine I was going to do some catfishing at the Coleto Creek Reservoir not too far from where I live.

He laughed at me and said, “Are you kidding – nobody gay does that.”

via GIPHY
I got a similar reaction from someone I talked to on a hookup app when he saw that my profile said: Outdoorsman. “Whatever, butch. I bet you are a raging bottom,” he messaged me.

Isn’t that a bunch of crap? What’s messed up about this stereotype is that it plays into a stupid narrative about gay men being only into sex.

The fact of the matter is I know many guys who happen to be gay that dig fishing and hunting. I also know gay dudes that are into camping and being out in the wilderness.

That doesn’t mean we are “hiding in the closet” or that we are some type of primitive Neanderthal gay. Instead, it means we like doing things outdoors.

Now I’ll be the first to admit that a lot of my friends balk at me when they learn that I’m a hunter. And I completely understand the arguments about why it’s wrong to kill animals.

But for me, hunting isn’t about “the kill”. Instead, it about spending time with other guys (straight or gay) and bonding. I can count on my fingers how many rabbits I’ve shot in the past ten years with my 22 (hint: 1).

There’s just something about being outdoors with other men that harken back to who we are. I don’t know if it’s a testosterone thing or what but all I can tell ya is that I like it.

My ex-partner is also an outdoorsman and we were together for around 5 years. When seasonal conditions permitted, we’d go camping and even plan canoe trips.

And guess what – we’re both gay! What’s more, the both of us are versatile. We used to take turns on each other in our tent at night and go bass fishing in the morning. Is that such a bad thing?

Anyway, I know this is probably the stupidest post on the planet but I figured I would write it anyway. Somebody needs to push back against the ridiculous stereotypes. We do exist and we aren't hillbillies.

If you are into outdoorsmen that happen to be gay, don’t be ashamed to admit it.