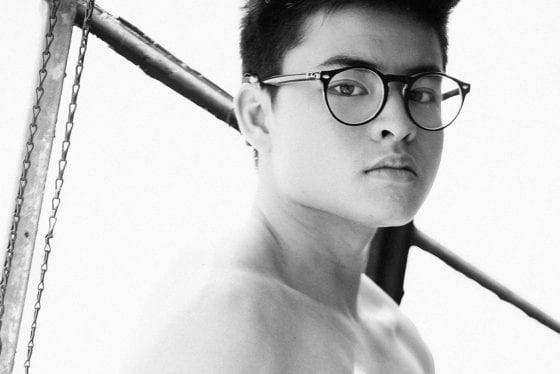 DC has just cast a deaf, transgender Youtuber as their newest superhero.

“This gentle-natured yet proud hero has proven himself a formidable Titan,” Titans producers explained at the casting announcement.

This announcement was made recently that Chella Man has been cast as Jericho in the second season of Titans.

Man is a deaf, genderqueer artist, activist, and NYU student who has become popular by producing sign language tutorials and vlogs discussing his transition on YouTube. He then used that spotlight to advocate for trans rights and visibility.

Now, it appears that he'll become the visibility he once fought for with this new casting announcement.

“As a trans, Deaf, Jewish POC, I have always reminded myself of the power in my differences,” Chella Man wrote on Twitter after the announcement.

“It’s a dream come true as I will now be able to showcase this power on the Titans.”

It is UNREAL to announce I will be making my acting debut as Jericho on Season 2 Titans!

As a trans, Deaf, Jewish POC, I have always reminded myself of the power in my differences.

It’s a dream come true as I will now be able to showcase this power on the Titans. pic.twitter.com/9Lq47dYr0L

In the comics, the character has always used sign language, as his vocal cords severed by assassins.

Jericho’s mysterious powers are activated by his gaze — if he locks eyes with people he can control their bodies.

The character of Jericho, who is the son of season two's big bad Deathstroke, is a great chance to represent several communities on DC's streaming platform. Not only is he bisexual, but he's also mute and communicates through sign language. He does so after assassin's cut his throat in an attack.

Listen and respect labels of identification, but keep in mind their potential fluctuation. People change, as do labels. Not that everyone’s will, but be open and regard the idea with courtesy. The only way to destroy stereotypes is to see all on a continuum.

It appears that representation is becoming more important for superhero properties.

DC recently announced that transgender actress Nia Nal will appear in the fourth season of the Supergirl tv show. Nal remarked on this at San Diego Comic Con by saying, “It seems only fitting that we have a trans superhero for trans kids to look up to.”

Then over at Marvel, they plan to hire an openly gay actor for The Eternals. Director Chloe Zhao announced that she hopes to cast a gay actor in the leading male role.

In addition, Marvel Studios executive Victoria Alonso shared while on the red carpet for the Captain Marvel premiere that “the world is ready” for a gay superhero lead.

“Why wouldn’t we be? Why wouldn’t we be?” Alonso added. “I’m so passionate about this I’ve got to tell you. Our entire success is based on people that are incredibly different. Why wouldn’t we? Why would we only want to be recognized by only one type of person? Our audience is global, is diverse, is inclusive. If we don’t do it that way for them, we will fail. If we don’t put pedal to the metal on the diversity and the inclusivity, we will not have continued success. Our determination is to have that for all of the people out there watching our movies.”

This echoes her words from last year during an interview with the BBC. In that video, she said:

We look forward to seeing Chella Man as Jericho in season two of Titans, and what other openly gay actors/characters will join him in the future.